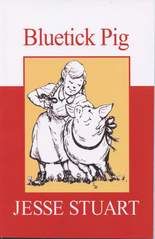 (This is the first of a two-part series about recently-published nonfiction books you may want to consider for fun reading.)

--“True Christmas Stories from the Heart of Appalachia” (Jesse Stuart Foundation, $25) captures the powerful spirit of Christmas in 43 true stories by 39 authors, including famed Jesse Stuart. Most of the stories are set in Kentucky. The remarkable 216-page paperback is compiled and edited by James M. Gifford, Judith F. Kidwell and Wayne Onkst.

--Another Kentucky-related book published by Jesse Stuart Foundation of Ashland, Ky., is “Presidential Visits to Kentucky 1819-2017” by Wayne Onkst ($30). The 340-page hardcover is full of fascinating details of presidential visits to the state of Kentucky, beginning with President James Monroe who made the lengthy journey in 1819. It is an enjoyable volume for Kentuckians.

--"Trump and His Generals: The Cost of Chaos" by Peter Bergen (Penguin Press, $30) is a must-read book that goes back to the start of Trump's presidency and sheds shocking light on the unraveling of President's relationship with the national security establishment. Based on some hundred interviews with current and former officials in the Trump Administration, current and former senior U.S. military officers, among others, the 386-page hardcover paints an unflattering picture of a Commander in Chief in disarray.

–“Becoming Ronald Reagan: The Rise of a Conservative Icon” by Robert Mann (University of Nebraska Press, $29.95) is a compelling look at President Reagan’s transformation from struggling liberal actor to powerful conservative spokesperson in five years and becoming the governor of California six years later. The author explores Reagan’s early life and his career during the 1950s and 1960s.

--“What Is a Girl Worth? My Story of Breaking the Silence and Exposing the Truth about Larry Nassar and USA Gymnastics” by Rachael Denhollander (Tyndale Momentum, $26.99) is an inspiring and personal story of a young gymnast who became a strong, determined woman and found the courage to raise her voice against the team doctor who abused hundreds of young athletes. Named one of Time magazine’s 100 Most Influential People in 2018, the author is currently an attorney and advocate who lives in Louisville, Ky., with her family.

--"Think Like Amazon: 50 1/2 Ideas To Become A Digital Leader" by John Rossman (McGraw-Hill, $28) offers an inside glimpse into how Jeff Bezos and Amazon take a remarkably consistent approach to innovate, explore new markets, and spark new growth. The 301-page hardcover is written by a former Amazon executive who launched and scaled Amazon's Marketplace. He provides a playbook on how to think like Amazon” and succeed in the digital age.

--"Supreme Ambition: Brett Kavanaugh and the Conservative Takeover" by Ruth Marcus (Simon & Schuster, $28) is a new 482-page hardcover that documents the 30-year mission by conservatives to win a majority on the Supreme Court and the lifelong ambition of Brett Kavanaugh to secure his place in that victory. A definitive account of a pivotal moment in modern history, the electrifying book takes the readers into secret meetings at the White House and on the Hill, into the lives of Kavanaugh's accusers and inside the hapless resistance by the Democrats. The author is a columnist for the Washington Post and deputy editor of the editorial page.

--"The Many Lives of Michael Bloomberg" by Eleanor Randolph (Simon & Schuster, $30) is an unauthorized biography of the billionaire businessman, politician, public leader and philanthropist. Bloomberg was the mayor of New York City from 2002-2013. The author is a veteran journalist who has covered national politics and media for major newspapers.

--“Trump vs. China: Facing America’s Greatest Threat” by Newt Gingrich (Center Street, $28) is a hardcover written by the former Speaker of the House who is warning that communist-ruled China poses the biggest threat to our country that we have seen in our lifetime.

--“After the Fall: The Remarkable Comeback of Richard Nixon” by Kasey S. Pipes (Regnery History, $29.99) is a captivating story about Nixon’s post-White House years. Granted access by the Nixon family to the private post-presidential documents at the Nixon Library, author reveals tons of inside information that has never been reported. It is a great read. Pipes served as an advisor to President George W. Bush and Governor Arnold Schwarzenegger.

--“Bluetick Pig” by Jesse Stuart (Jesse Stuart Foundation, $10) is a new children’s book even though the noted author had passed away in 1984. The manuscript – which previously had been sent to a big-name publisher many years ago but the editor thought it was too long for a junior book -- had remained in foundation’s collection of Stuart’s unpublished manuscripts for years. But the volume, which contains illustrations by Thomas Marsh, was carefully revised and edited by Cathy Roberts for publication as part of Stuart’s junior book series.

--"Blowout: Corrupted Democracy, Rogue State Russia, and the Richest, Most Destructive Industry on Earth" by Rachel Maddow (Crown, $30) is a noteworthy look at a corrupted world of geopolitics in the oil and gas industry, which has weakened democracies in developed and developing nations, polluted oceans and rivers, and supported authoritarian thieves. A former Rhodes scholar, Maddow is a well-known television host who had a doctorate in political science.

–“The American Story: Conversations with Master Historians” by David Rubenstein (Simon & Schuster, $30) could become a classic for readers of American history. The 397-page hardcover is filled with lively conversations with well-respected scholars and historians who discuss the American icons they intimately know and understand. For instance, there’s historian/author David McCullough on John Adams, Doris Kearns Goodwin on Abraham Lincoln, Chief Justice John A. Roberts Jr. on the Supreme Court, to name a few. Needless to say, it’s a pleasant look at the biggest names in U.S. history.

–“With All Due Respect: Defending America with Grit and Grace” by Nikki R. Haley (St. Martin’s Press, $29.99) is a revealing personal book about her tenure in the Trump administration as the U.S. Ambassador to the United Nations and her days as the governor of South Carolina. Haley, who is widely admired for her forthright manner and her sensitive approach to tragic events, offers a first-hand perspective on national and world issues. She also talks about dealing with the bad actors like North Korea, Syria, Iran, China and Russia. I have read the first 60 pages of the hardcover and it’s a pretty good read so far.

–Holding the Line: Inside Trump’s Pentagon with Secretary Mattis” by Guy M. Snodgrass (Sentinel, $27) is an eyewitness account of General James Mattis’ complicated relationship with President Trump as Secretary of Defense through the eyes of the author who served as director of communications and chief speechwriter at the Pentagon. Mattis worked for Trump for nearly two years before resigning. The new volume is a must-read for those who care about the presidency and America’s national security.

–“An Impeccable Spy: Richard Sorge, Stalin’s Master Agent” by Owen Matthews (Bloomsbury, $30) is a riveting story about a colorful Soviet intelligence operative. Sorge was a fanatical communist and the Soviet Union’s most formidable spy, operating in the years leading up to and during World War II. Born to a German mother and a Russian father, he was a drunk and a womanizer. The author is a former Moscow and Istanbul bureau chief for Newsweek.

–“The Best People: Trump’s Cabinet and the Siege on Washington” by Alexander Nazaryan (Hachette Books, $28) takes readers inside the federal government under President Trump’s control. It is a gripping look at President’s cabinet – the scandals, the incompetence and the assault on our government. The author is the Washington National Affairs correspondent for Yahoo.

Jamie H. Vaught, a longtime columnist in Kentucky, is the author of four books about UK basketball. He is the editor and founder of KySportsStyle.com magazine and a professor at Southeast Kentucky Community and Technical College in Middlesboro. You can follow him on Twitter @KySportsStyle or reach him via e-mail at KySportsStyle@gmail.com.